Study Period 2 is nearing to it’s end, thus I decided to post about what I’ve been doing. Well, I’ll post only half of the stuff what I have been doing, because the other half is still in progress as one of the courses I read this SP is going to span over the next SP, too.

So, what I was doing? Simulation Engines. Course where we were supposed to build a simulation engine. We were working in teams, quite large, I would say. My team was made out of 6 members. After initial discussions we decided to make a fun “build and shoot” game, where you have a cannon, which you shoot, a heart, which you protect, and a bunch of building blocks which you use to protect your heart. Oh, by the way, each member had to implement different part of the engine, and in our case, those parts were software engineering (gluing part), artificial intelligence (smart part), physics (realistic part), graphics (cool part), multimedia (sounds and GUI part) and networking (social part). And I was responsible for the social part, networking. My extension idea and purpose was to create seamless connection between players, so that there would be no hosting or joining, nor lobbies or master servers. But that’s enough of talking. Here are some screenshots. And, of course, download links are below. 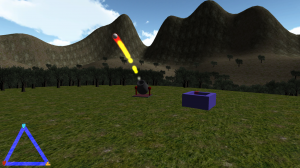 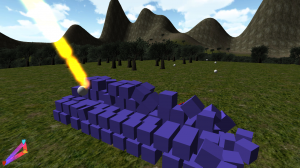 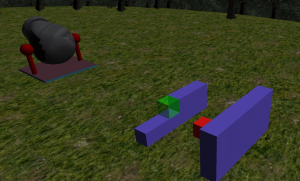 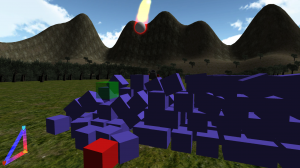 P.S. If you wonder how you can play with another player over network, just start two games on the same network. Second player will automatically connect and replace AI 🙂